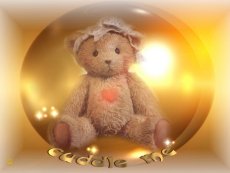 Where I currently am is:

Before long, I'll be on the evening Miller Bus returning to my current home, Gillespie Tower in Muncie, Indiana.

It's only going to be a little over a week until I turn over the key to my Muncie apartment and, a day later, will be picking up the key to my new Anderson apartment in the senior complex known as The Village At White River.

Election Day is exactly a week before I become a full-fledged Anderson resident again.

I won't be voting then, having already voted via an early absentee ballot -- and I believe that I made a really good choice in picking the best person for that position known (for short) as POTUS.

Here are a couple of POTUS-themed writings I did:

One for the present

One for the future

Anyway, I have so much more to share with you, but it's going to have to wait because the library will be closing soon, and I want to share at least this much!

Before long (as in the first chance I get this coming week), I'm going to be sharing some really neat people with you -- including a human angel who gave me a body-warming gift that will also be a very special housewarming gift for my new apartment!

Clue:  This is where she works! (of course, there are MANY people working there who fall under that description.  But the library is about to close for now, so I need to wrap this up and share what I have...

Posted by Ainsley_Jo_Phillips at 2:22 PM 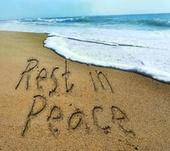 The issue of my medical and other decisions recently came up -- and, on the same day, a flashback to something I wrote a year ago came up on Facebook which might not have said everything but certainily said a lot.

There might be some things that will be dated in the future, but it's still pretty much an accurate description of my wishes should I become ill, get involved in an accident, or simply end up passing on.

Anyway, I told Larry sometime back that one of the places I'd like part of my ashes to go was in the soil over his grave.

He seemed pretty okay with that at the time -- or so I thought.

But he probably thought I was kidding around at the time and he kidded me back.

Anyway, I'm not sure if he even remembers the original conversation, and he definitely doesn't think that this would be a good set-up.

Therefore, when you read that part, just scratch it for now unless otherwise told differently.

But this is still pretty accurate -- at least, the important parts of it.

I wrote this in response to where, on at least a couple of occasions, people in my apartment building ended up passing away without making their wishes known without giving some idea of how to dispose of their belongings in order to ready their apartments for future tenants.

Also, I wrote this in response to making sure that people knew that I was a donor right down to even donating my face -- which, believe it or not, would be welcomed by somebody whose own face was accidentally or intentionally disfigured.

I put down some basic instructions for a graveside service for both my mom and me, if I passed on before getting the chance to lay her to rest myself.

And, of course, the disposal of my ashes.  If there were enough left after donating with at least an equal amount being laid to rest in Cunot Cemetery, I had other places I wanted some to be placed.  When you read this, you'll know where.

Also, it will become plain to you that I DEFINITELY don't want to be out-and-out euthanized (Don't even get me started on THAT one!!!), and I also want to have Full Code and none of that DNR stuff!!!

Anyway, more on that another time.  I'm now going to share what I wrote a year ago and what I recently said about what I wrote back then...

Here's something from a year ago today. Since part of my day has included what a power-of-attorney and others need to know in case I get unable to speak for myself in the future, either through being too ill or having passed on, I'd like to re-share this while I'm thinking about it and it's an apt time to do so.
These are my wishes at this time. The general trend of them will remain the same even if some things might need to be updated with the passing of years.
I'm DEFINITELY not in favor of DNR and/or euthanasia! It's NOT my duty to die before the Lord wants me to pass on! This kind of thinking, imo, has the danger of opening up all sorts of cans of worms.

In time, I'll elaborate more on this, but this is good for now.
God willing and the creek don't rise, I want to be one of those people who know what it feels like to have an age with three whole digits in it!!!

TY, David Moffatt, for sharing this story. I've just spent most of my time in library today writing this just-in-case kind of thing!
I need to also mention here that Larry is just (as of our last conversation last night) just 14,905 away from his 11,000,000th tab saved for Ronald McDonald House since 2003!!!
Here are the plain and simple instructions should I pass soon:
I want my resting place to be in Cunot Cemetery where my dad is already laid to rest and my mom's cremains will be, too. The latter are currently in storage.
Due to having to put lots of memories from a hurried move in a place quickly, there is a lot in front of a chest in my most southward unit.
There are already people authorized to go in there.
The chest is on the left in front of a table with photos and nik-naks on it. Inside are (among other things) a plastic container with a rectangular box-shaped "urn" in it containing my mom's cremains.
My cremains will be whatever is left over from body donation. Even if my organs can't be used due to being found too late (say, in a case like this), my hair can still be used to go towards a wig for someone who is losing hair from something like a chemo treatment, and I think my bones will still be usable as well.
Cremate at least part of me to be laid to rest in Cunot, even if most all turns out to be usable. I'm talking about face donation, too.
If there are enough ashes, scatter at least an ash or two in these three places: 1. Methodist Church inside of Mammoth Cave (Historical Tour Route) where there are wonderful formations of the face of Jesus, a cross, an angel, and a pulpit where ministers have actually preached to a congregation. 2. Mixed with the grass over the place where Larry "The CanMan" Van Ness will eventually be laid to rest. 3. In the waters of Lake Michigan on Kemil Beach (Indiana Dunes National Lakeshore).
My cousins and godchildren can go through my photos, home movies, etc., and pick what is meaningful to them.
Other items can be sold, recycled, etc. Aluminum products can be divided up between Big Dave (how I'll identify him here) and Larry Van Ness -- with pop can tabs all going to Larry. Newspapers that won't sell for some kind of value or without clippings anyone wants to keep can be divided up between Big Dave & Larry.
Auction for anything that isn't something needing to go to family (photos, home movies, etc.) with what's earned being divided between Ronald McDonald House Of Indiana; Rose Njilo for her work in Tanzania I've often mentioned; Snoopy Puckett for closing down places that are called boot-camps but are places where already hurting kids are being bullied; Indiana School For The Blind (where my aunt went for her high school); Country Music Association/Country Music Hall Of Fame (where my aunt also wanted more of her things to go after she passed); Indianapolis 500 (another favorite place of Aunt Kate's earmarked for use of Indy 5 activities for kids in Riley Hospital); research for better treatment for Retinitis Pigmentosa, Parkinson's, ALS, MS, & Alzheimer's. Food in my frig and pantry as well as things like cologne, soap, etc.donated to giving table in Community Room of Gillespie Tower (Muncie) and donated to Christian Center (Anderson).
Simple graveside service for both my mom and me with 23rd Psalm and Because He Lives; I've Been With Jesus; In The Garden; & How Great Thou Art.
Celebrate anything we (my mom, dad, and I) might have done to make a positive difference by paying it forward and giving the Glory To God!!!
Of course, I'm planning on seeing what it's like to turn 100 one of these days, but just writing this just in case.
One more thing: FULL CODE!!! No pulling the plug until I'm actually gone and DEFINITELY no euthanasia!!!

Next, a link to the original write-up that -- along with my observations after my neighbors passed -- led me to write this:
The Lonely Death of George Bell

Here's a longer account of Mammoth Cave I wrote that includes the miracle of seeing the face of Jesus at an area referred to as The Methodist Church.

This will tell you more about the part of Indiana Dunes National Lakeshore known as Kemil Beach.

This shows the part of cemetery where my dad has already been laid to rest and, in the future, where my mom's ashes along with my own will also be laid to rest.

The picture of my folks together was taken in my kitchen when I was living in the converted barn on our farm just south of Anderson.

My folks were married on February 8, 1947 after a courtship that began with their first date on May 9, 1946 and a proposal that was given during an IU Homecoming Game later that year.

They were still more and more in love at the time when my dad passed (February 2, 2004, just six days before their 57th wedding anniversary).  My mom buried him with the anniversary card she was going to give to him.

Due to the weather, visitation wasn't until February 6 and his Celebration Of Life service the next day.  The ground was frozen hard, so he couldn't be laid to rest until Friday the 13th.

I'll share more of their love story one of these days (actually, I already have in the past, but it's always something beautiful to share).

Lillian Ainsley (nee: Jobe) & Raymond Woodford Phillips lived one of the most beautiful love stories I've known, and I've been so blessed to be their daughter!!!

Together and apart, we'll always be The Phillips (3)/The Three Bears!!!

This is a page showing wider views of Cunot Cemetery.

glitter-graphics.com
Posted by Ainsley_Jo_Phillips at 2:34 PM

To best understand what this blog's about, please read the...

Thanks So Much For Dropping By!!!

My new counter was added
on
Wednesday, November 14, 2018
and
shows unique hits to this blog.

Is It True That "A Penny Saved Is A Penny Earned!"?

This Was Added To Through My 66th Birthday